Common Uses of Chlorine Dioxide
Given the worldwide struggle with access to clean water, researchers and scientists alike are coming up with ways on how to re- 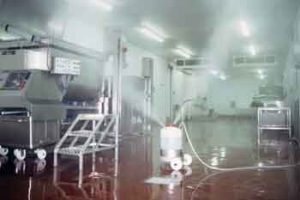 use wastewater and disinfect contaminated water to prepare them for consumption or domestic use. It is precisely because of this occurrence that Chlorine dioxide has emerged as a possible solution to this problem, so it is best that we are well -acquainted with the chemical.

A Brief History of Usage
When it came to cleaning and bleaching, chlorine was used predominantly back in the day, while Chlorine dioxide was mostly used for cleaning in the electronics industry and for sulfide treatment in the oil industry. However, access to chlorine became limited due to chemical warfare during the Second World War, and bromine and chlorine dioxide was used for bleaching and disinfecting. Over time, it has shown that Chlorine dioxide is more effective and produced less hazardous byproducts when used. Studies had shown how much harmful microbes are killed by Chlorine dioxide in a 30-minute experiment.
In room temperature, it takes the form of a yellowish – green gas that easily dissolves when merged with a liquid. Although it is least likely to be inhaled due to how quickly it breaks down into the air, it is still considered a hazardous gas on its own. Nowadays, it is often used in medical facilities to sterilize equipment, tools, surfaces, and spaces, among many other uses. 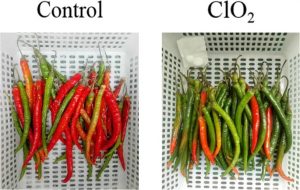 Chlorine dioxide as an Oxidizer
Highly reactive even at lose concentrations, Chlorine dioxide is quite effective in killing pathogens and harmful microorganisms such as fungi, bacteria, and viruses. It can even be used to get rid of spore – forming bacteria, like Anthrax. In fact, Chlorine dioxide is 2.6 times stronger than waterborne chlorine, while remaining versatile and more forgiving for experimentation.

Chlorine dioxide on Water Treatment
The chemical is officially recognized as a drinking water disinfectant by the World Health Organization. When added to water, it disinfects water and destroys microbial pathogens and parasites. However, dosage must be carefully controlled with the maximum proportion be no greater than 0.8 ppm, under the regulation of the Environmental Protection Agency or EPA. It is used to make water more potable in public water treatment facilities.

Chlorine in Food Processing and Production
Factories are keen on keeping their facilities sanitized especially when dealing with food. With that, Chlorine dioxide has been used to eliminate pathogen transfers by attacking the biofilm on the surfaces to which the food is exposed and will be exposed to. It is currently being peer reviewed by the EPA as a surface disinfectant for a drug-resistant strain of Salmonella and E.coli because most microorganisms have yet to develop a resistance to this chemical, unlike with other sanitizers.

Chlorine dioxide in Cosmetics
Because it can inherently remove unpleasant odors and tastes, while keeping a substance free from parasites and bacteria, it is added to personal hygiene and cleaning products. It is also used in dental products, as well as mouthwashes, toothpastes and deodorants to reduce bad breath and body odor.

Given all that, we can close the note on how Chlorine dioxide proves to be a viable and more eco- friendly solution since it can also release oxygen when broken down, without leaving deadly soil deposits and by products. Chlorine and Bromide, on the other hand, produces carcinogenic trihalomethanes that can be washed off and deposited into ground.