Ever wonder how you can get safe drinking water out of your faucets at home? If you have, then you are on the right site. In this article, we will be discussing chlorine dioxide in municipal water supplies.

Water that does not undergo treatment might have harmful elements that can adversely affect your body. This is why when you drink water directly from lakes or seas, you tend to develop stomach aches or diarrhea. To prevent that, chlorine dioxide is used to eliminate harmful substances.

What are Municipal Water Supplies?

Before we explain what chlorine dioxide is, you first need to have a clear idea of municipal water supplies. Basically, municipal 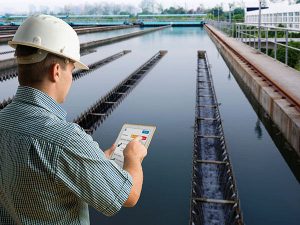 Yes, the water that comes out of your faucet and toilet bowls are from municipal water supplies. These water supply systems are important for our daily lives. It provides us with safe drinking and cleaning the water that enables us to function efficiently.

What is Chlorine Dioxide?

Chlorine Dioxide is a chemical compound, also known as Chlorine oxide. It is an oxidizing agent that enables oxygen to transfer substrate while gaining more electrons through oxidation-reduction or redox. When it enters the water, it does not hydrolyze, which is the reaction where water raptures a chemical bond.

During that time, chlorine dioxide was commonly used as a pre-oxidant in water treatment facilities before chlorination. This was to remove the impurities in water that would produce trihalomethanes in the absence of chlorine.

Trihalomethane is a chemical compound that is typically used for industrial applications in refrigerants and solvents. However, although they have some useful applications, they are considered to be environmental pollutants and carcinogenic. In fact, it was one of the main subjects in the 1974 Safe Drinking Water Act in the United States.

Aside from eliminating trihalomethane, chlorine dioxide is also effective in removing ammonia and amines. It is also useful in controlling biofilms within the water distribution system, which is why it is now also widely used biocide.

Today, chlorine dioxide is considered to be one of the best water disinfection methods. It is currently registered with the Environmental Protection Agency as a biocide because it is not negatively affected by pH, and it does not lose its effectiveness as time passes by. It also does not create adverse effects when in contact with silica and phosphates, which are commonly used in potable water pipelines.

The Downside of Chlorine Dioxide in Municipal Water Supplies

Although chlorine dioxide helps ensure that water from municipal water supplies is free from bad elements, its use creates a by-product called chlorite. As a result, its use is limited to 1 part per million drinking water in the United States following the standard set by the EPA.

Chlorine dioxide plays a vital role in how you can receive potable water from your taps. Hopefully, this article has given you a clear idea of how it works and its importance.